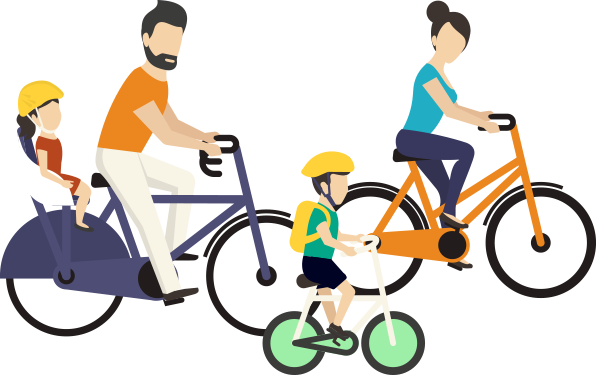 Together we can beat heart disease

Bradford’s Healthy Hearts brings together all of our local GP practices and the wider NHS with one aim:  to reduce the risk of stroke and heart attack.

In Bradford Districts CCG alone, more than 41,000 people (over one in 10) are affected by high blood pressure (hypertension) – a leading cause of heart disease and stroke - whilst over 4,000 people have an irregular heartbeat (atrial fibrillation) and more than 5,000 people have experienced a stroke or mini-stroke (TIA).

10% of people in Bradford are affected by high blood pressure

4,000 people have an irregular heartbeat

5,000 people have experienced a stroke or mini-stroke

OUR VISION FOR THE PEOPLE OF BRADFORD...

Why it's important to take your blood pressure tablets...

Who get high blood pressure...

What is blood pressure...

Why Atrial Fibrillation AF is so important all you want to know about AF...

How to assess risk of stroke...

What happens during warfarin clinic...

This video is unavailable....

What is the aim of warfarin treatment...

What is Atrial Fibrillation...

What causes stroke in atrial fibrillation...

AF one of the important risk factors for stroke...

General Practice Team of the Year...

Clinical Team of the Year Cardiovascular 2015...

So just how much additional work does Bradford's Healthy Hearts create for your practice?...

How to present information about anticoagulation successfully...

How to increase number of patients on anticoagulation in a busy GP practice...

Benefits for patients from SPAF championship...

How to increase numbers of patients on anticoagulation in primary care...

What is SPAF championship...

Chief executive of Community Pharmacy West Yorkshire, Robbie Turner, talks about how pharmacists can help patients who have receiv...

Community pharmacist, Robbie Turner, talks about how pharmacists can help patients who have been prescribed statins as part of the...

Practice nurse Jan Procter-King describes benefits and side effects of statins. You can find more information about side effects ...

Have you received a letter?...

By 2020, we are aiming to reduce the number of people who die from cardiovascular disease by a minimum of 10%, to include 150 strokes and 340 heart attacks.

Through helping people to lower their cholesterol levels we are aiming to prevent 19 heart attacks and strokes by 2016, with increasing benefits over the longer term.  As part of the programme, local GPs are prescribing a statin which effectively reduces cholesterol for people with established cardiovascular disease and working with them to reduce their blood pressure.  Recently GPs have also begun to approach people who are at high risk of developing CVD, working with them to reduce their risk.

As part of the programme we are reviewing everyone who has a diagnosis of atrial fibrillation to ensure that their coagulation medicines (such as warfarin) are well-managed and maintained.

We are also working on plans to help people to give up smoking and become more physically active.

Locally, we are working with clinicians from Bradford Teaching Hospitals NHS Foundation Trust to ensure that the treatment being offered by consultants and family doctors is seamless, and to review the treatments being offered.

Cardiovascular diseases (CVD) are the main cause of death in England. They caused almost 33% of deaths in 2010.  Coronary heart disease and stroke accounted for the majority of those deaths.

In the Bradford district CVD is the main cause of death – with more than 700 deaths each year.  For the under 75s, the number people dying from CVD is significantly higher than the national average, with Bradford City CCG having the worst outcomes in the country, and Bradford Districts CCG having the seventh worst.  And while deaths from CVD have fallen in the last year, the rate of decrease has been lower than in other areas.

Locally, the amount of NHS money spent on CVD is the second highest, after cancer.  Spending in our local hospitals for planned and urgent care for problems with blood circulation was significantly higher than other areas and with the national average.  This suggests we could significantly improve the prevention of, and risk factor management in, CVD.