Healthy Hearts beats off competition to scoop another award 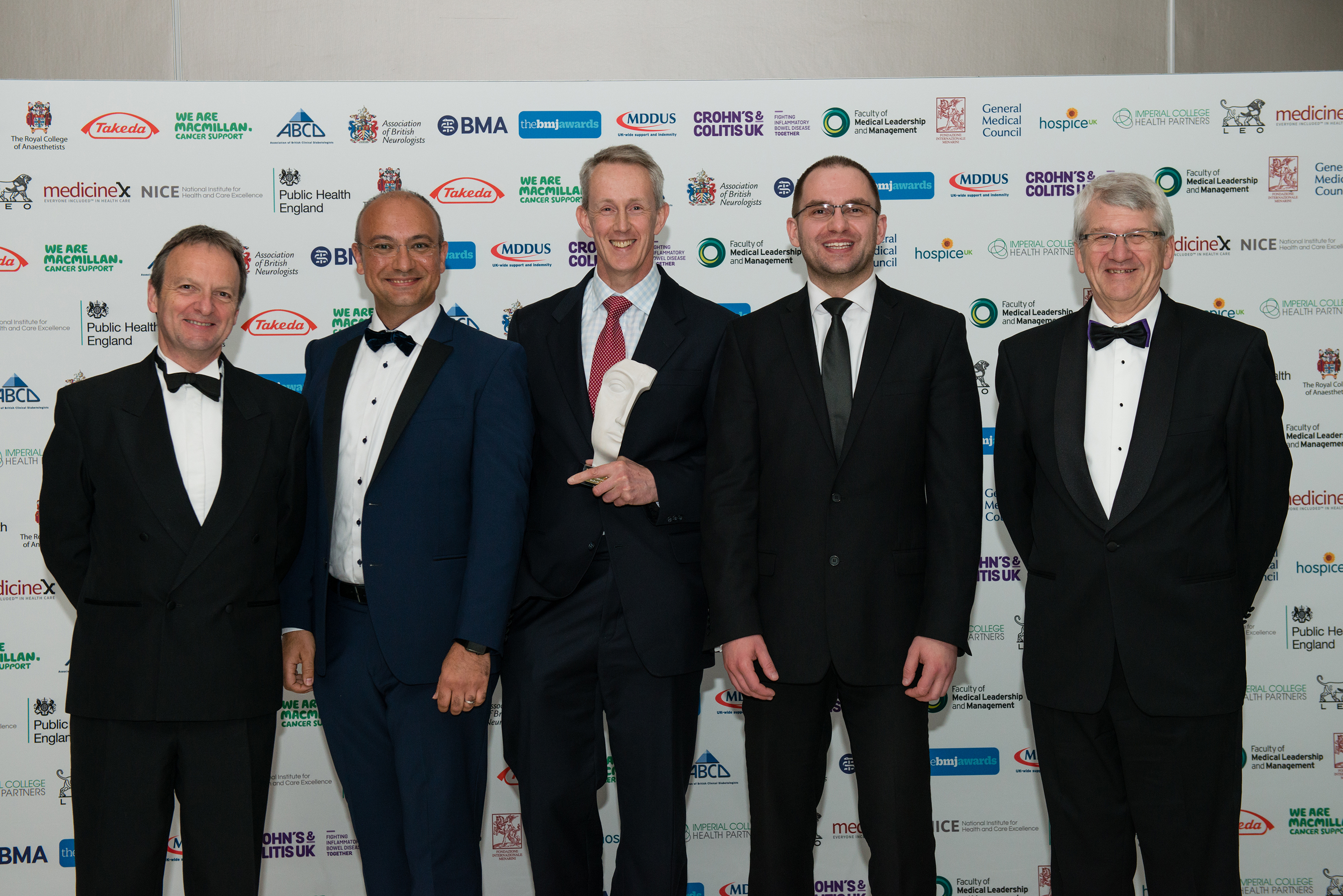 After its previous success at the General Practice Awards, the team from NHS Bradford Districts Clinical Commissioning Group (CCG) has now scooped the clinical leadership team of the year award at the BMJ awards last night.

Dr Chris Harris, long-term conditions lead at the CCG, said: “Winning another national award is further recognition for all the hard work and dedication that the Bradford’s Healthy Hearts team has put into making it such a success.

“Working closely with hospital consultants and other health professionals, GPs in Bradford are pulling out all the stops to reduce the number of people suffering from cardiovascular disease. We are confident that Healthy Hearts is leading the way in the prevention, diagnosis and management of cardiovascular disease.”

Bradford’s biggest killer is cardiovascular disease (CVD) – a collection of conditions (such as stroke, atrial fibrillation, coronary heart disease and heart failure) which affect the heart and blood vessels.

Bradford’s Healthy Hearts has so far helped 15,000 patients in the Bradford area and has already potentially prevented 131 heart attacks and 74 strokes. More than 960 people in the Bradford area are now on vital stroke preventive medicine which has reduced the risk of stroke by up to 75% in these patients, avoiding an estimated 88 devastating strokes per year.

The risk of stroke for people with atrial fibrillation (AF) – a heart rhythm disorder - can be reduced by more than two-thirds by taking an anticoagulant medication – such as warfarin – prescribed by a doctor. In the first phase of the campaign, GPs also reviewed patients taking cholesterol-lowering statins to ensure that they were receiving the best care available to reduce their risk of a future stroke and heart attack.

By switching to different statins, over 6,000 patients have reduced their cholesterol level, and nearly 6,000 patients at moderate to high risk of heart attack and stroke have been prescribed statins to reduce their risk.

This means the potential savings to the local NHS is more than £1.5 million.

Healthy Hearts is aimed at reducing the risk of stroke and heart attack in people who are in risk groups.

Healthy Hearts makes it to sh...